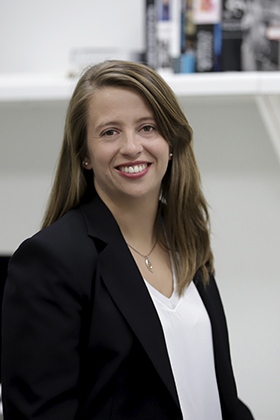 Rosana Madroñal, who holds a degree in Journalism from the CEU San Pablo University (Madrid), began working at SENER in 2007 with the Communication Department, where her job included organising internal events and overseeing the SENER Group’s Corporate Social Responsibility.

Between January 2019 until her current appointment as Director in June, she was a project coordinator of the SENER Foundation. Before joining SENER, she worked in several media.